In reviewing the threads on the Cloudy Nights Forum, I discovered a post made by Jim Craft that referred to a 5 inch Unitron that was being used as a Guidescope for the 2.7m Harlan J. Smith Telescope located at McDonald Observatory.  I had visited the observatory in 1977 when I was in the USAF and TDY to Manahans, Texas and had photos of that scope, but was unaware it was a Unitron. 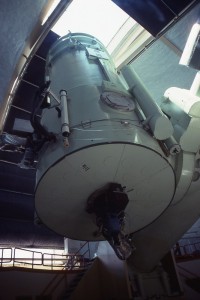 I have since made contact with Coyne Gibson on the Astronomy Forum who works at McDonald Observatory, and with the Harlan J. Smith scope in particular, and he graciously provided the following information and photos:

“The Unitron in question is actually the finder telescope, and it is a 6″ refractor.  The Unitron replaced the two original Celestron finders that were mounted on the North and South sides of the tube in about 1972. The origin of the Unitron is somewhat uncertain, it was in possession of the laser ranging operation, and made its way onto the 107″ as a replacement finder.  We still use the Unitron periodically, every two years after coating the mirrors, it supports our alignment, collimation, and mount modeling process.”

“The Unitron finder is a 6″ (152mm) aperture, 2316mm focal length system, for a nominal focal ratio of f/15. (Note: After checking and photographing the objective lens, he noted that the lens was really 160mm aperture, 2500mm focal length.)  The telescope is equipped with a 2”, 50mm reticule eyepiece, in a single-speed rack-and-pinion focuser.  It is mounted on the East side of the main optical tube assembly via custom-machine tube rings.  The finder is equipped with a manually actuated, electrically driven dust cover on the objective end of the finder telescope.  Upon a manual actuation, the cover opens, and remains open for ten minutes, at which point it returns to its default closed state.

I’ve inspected the telescope for original markings, including name plate, decal, or other engraving, none are present.  The sole identifying marking is the University of Texas System capital asset tag.  The telescope tube appears to have been painted to match the official UT System “Ala mode”, institutional beige paint scheme at the time the main optical tube of the 2.7m telescope was painted, sometime in the mid 1980’s.

The Unitron finder is still infrequently, but periodically used.  It supports our optical alignment, collimation, and mount/point model verification process on a two-year interval, following coating of the telescope’s mirrors (M1, M3, and the f/18, f/33, and f/9 M2 primaries).” 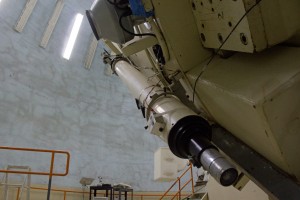 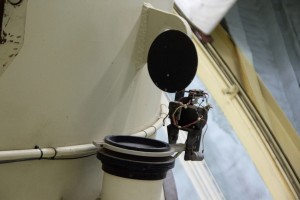 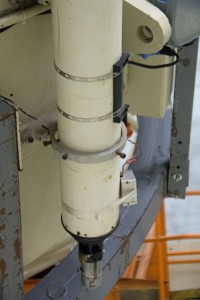 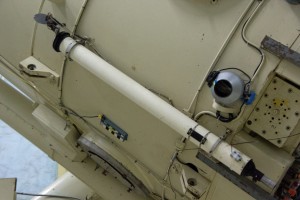 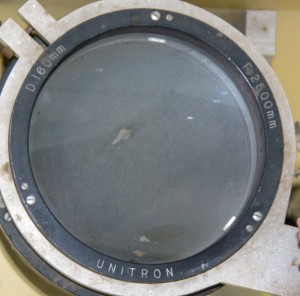