As a child, I was fascinated with math, physics and chemistry; my astronomical pursuits were negligible. Maybe living under the light polluted Athens Sky was the reason.

During the summer of 1980, I spend the holiday with my grandparents in their small village, high in the mountains not far from the Ancient Olympia. There during the warm Summer nights my late grandfather began my introduction to the night sky.  He taught me the constellations and their names, both the official and popular.  Recognizing my interest in Astronomy, he brought me from a nearby public library, a Greek popular astronomy book that was published in 1955 in order to learn more facts about Astronomy.  My poor grandfather had limited knowledge beyond the constellations and my questions were too many. The book hooked me on Astronomy forever.

Upon my return to Athens, I asked my other grandfather (he is still alive at 99) to buy me a telescope. For a whole day we searched the entire city and finally we found the Polarex distributor showroom (Mylonas Company-now out of business).  Upon our entry, I was impressed. Standing near the door was a brand new Polarex 4 inch Photo-Equatorial that had been ordered for a Greek customer.  I felt excited, as my grandfather was too, but the price was prohibitive (around USD 5.000), an enormous amount. Nevertheless we bought a 50mm spotting scope, which I still have. My grandfather promised that we can buy the big scope after I finished my University studies, which was approximately ten years in the future.

Years passed, my grandfather stood always by my side offering moral and financial support in every situation.  I finished the University with a M.Sc in Mathematics and Astronomy, later took MBA, and after I gained financial independence I got several scopes, but no Polarex. 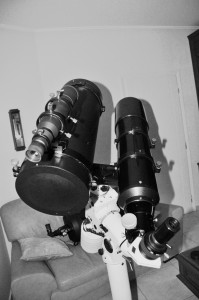 Some months ago I found a fully equipped Polarex 4 inch Photo-Equatorial for sale. I closed the deal immediately, and the beautiful scope arrived within a few days. 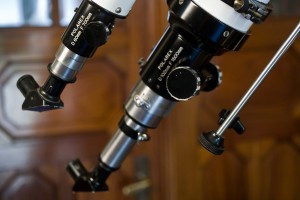 It is enormous and easily dwarfs my C11/EQ-8 system. It has fine optics and the full line of accessories. But there is something more. It recalls many of my childhood memories and the lens focuses not only starlight to my eyes but the noble figures of both my grandfather’s directly to my heart. The scope is dedicated to them! 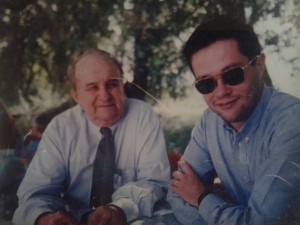