This accessory was listed in a 1980 price list; not one earlier (1977) nor later (1985) as far as I can tell.  Photos and information courtesy of Steve Brennan.  According to Steve, “it is suited only for bright stars but a curio nonetheless. You will notice from the pictures that it is attached to the 1″ eyepiece via three screws, crude but effective”. 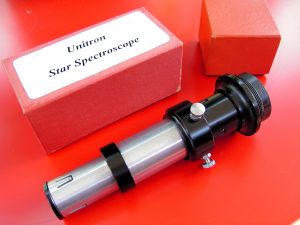 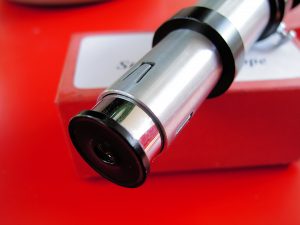 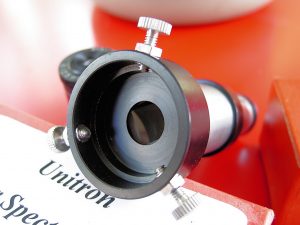 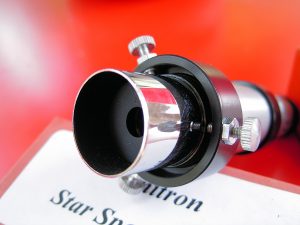 The following information was provided by Kiwi (the Netherlands).  Kiwi provided the advertisement (date unknown) and also a set of photos showing what he believes is the prototype and then the later production model. 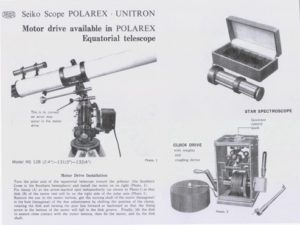 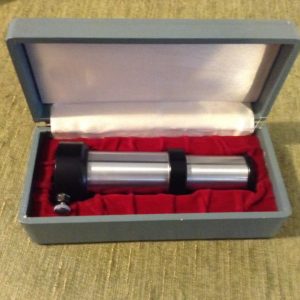 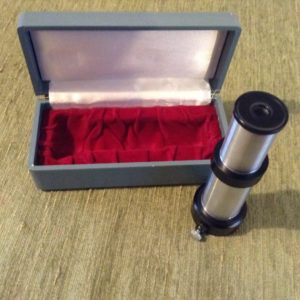 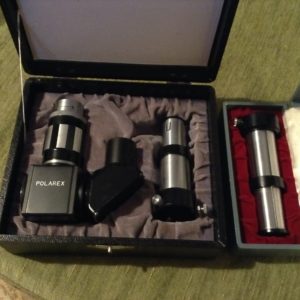 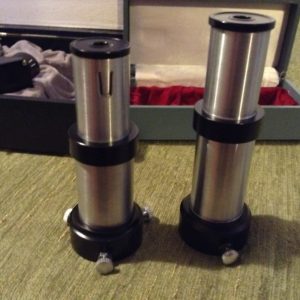 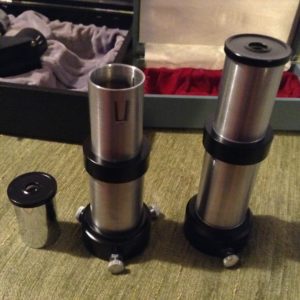 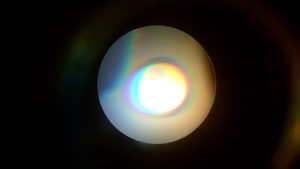 Note: Spectroscopy can be used to derive properties of stars, such as their chemical composition, temperature, density, mass, distance, luminosity, and relative motion using Doppler Shift measurements.  See: https://en.wikipedia.org/wiki/Astronomical_spectroscopy for additional information on the subject.