I was able to find some information from various sources that indicated that Astro Physics may have been marketing some Nihon Seiko products; however, Joel Cohen provided the information that confirmed that Astro Physics did acquire and market a Nihon Seiko product.  That item was an 80 mm, f/11 guide scope which sold in the late 1980’s and early 1990’s.  “Roland stated that they were manufactured for them by Nihon Seiko of Tokyo and Astro Physics had their name stamped on the focuser of the scope and had NS make the focuser 1.25″ for US use.”  The attached AP catalog page is posted with their permission.

The following photos are of Joel’s guide scope shown in excellent original condition and being used on his Astro Physics Starfire 178, 7″ refractor.  The Nihon Seiko guidescope that is seen on top of his AP 7″ refractor would be a correct configuration for this telescope as it also was created in 1991 and was still offered as an option by Astro Physics at that time.  According to Joel, the optics are superb and better yet, “the OTA’s were much cheaper to purchase than a branded Unitron even though made by the same manufacturer.” (All photos courtesy of Joel Cohen) 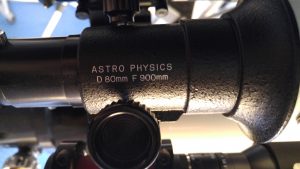 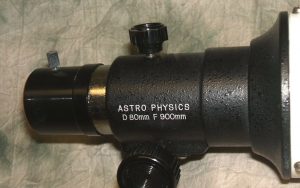 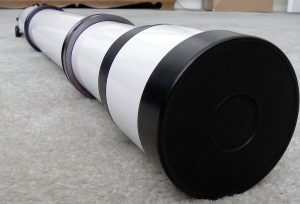 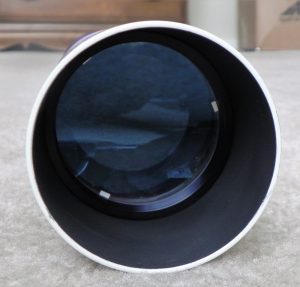 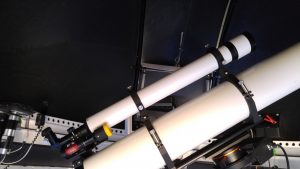 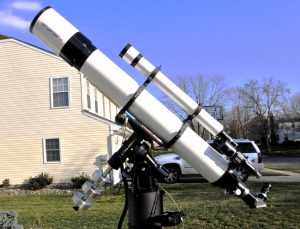 In a post from the Yahoo Refractor website (June 13, 2011), Roland said of the guide scope: “Our old guide scopes were originally manufactured by Nihon Seiko, the same company that used to provide Unitron with mounts and scopes. The lens was manufactured by a small one person optical shop in Tokyo, but he is now retired, so these optics are no longer available.  I still have one of these scopes; I use it on top of my 10″ Mak-Cass as a finderscope. Yes, it splits doubles nicely, down to its theoretical limit of course, and always provides nice sharp views. It is definitely better corrected than any short tube scope of similar size.” 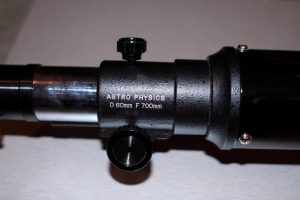 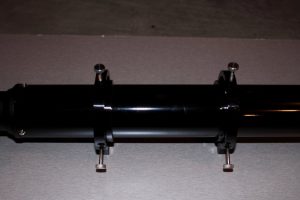 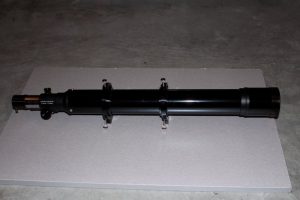