The following photos were provided by Karen Coburn, daughter of Lawrence and Ellen Fine.  According to Karen:  These “are a few photos of a trip to Japan, which my parents conducted in 1961. That means my mom was 37 yrs old and my dad 38 – young!  This was not their first trip to Japan – that one took place, I believe, in 1955 (see note) since I recall my mom saying that I was a 1 yr old at the time. I’m guessing there were other trips between 1955 and 1961.” 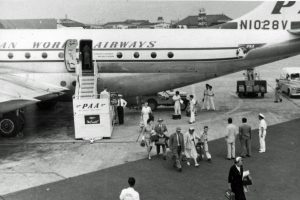 Arrival at airport in Japan 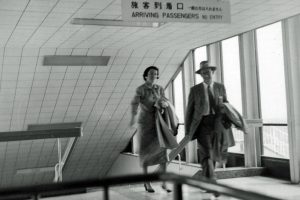 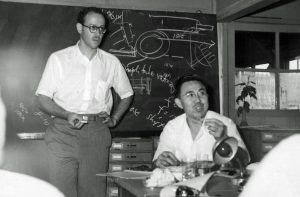 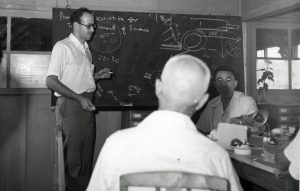 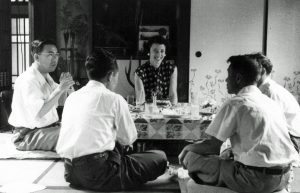 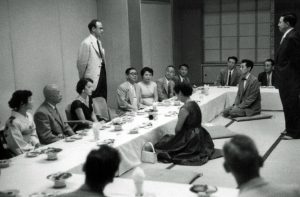 Dinner in honor of Fine’s 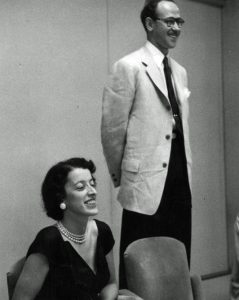 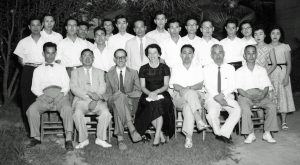 Notes:  I forwarded the photos to John Coyle (who worked with Lawrence Fine and made several trips to Japan) to see if he could identify any of the individuals in the photos.

It is my understanding from several independent sources that Larry and Ellen made their first trip to Japan in 1951.  This would have made sense since they would have been seeking out products to market starting in October 1951, per the earliest Sky and Telescope advertisement.