Olivet College, located in Olivet, Michigan, was once home to a Unitron Model 620, 6 inch Photo-Equatorial with an electric motor drive.  My research indicates it was acquired sometime prior to 1969 and disposed of in the early 1990’s, most likely 1992-1993.  (All photographs are courtesy of the Olivet Archives.)

Beman Observatory with its new telescope was dedicated in a ceremony at the Mott Building on February 23, 1969.  Mr Beman, the principal donor, and John Roberts, the Dean of Physical Sciences, were on hand for the ceremony. 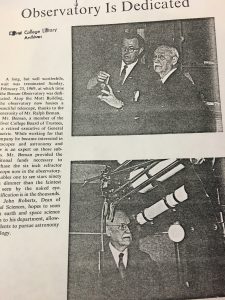 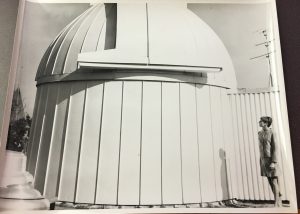 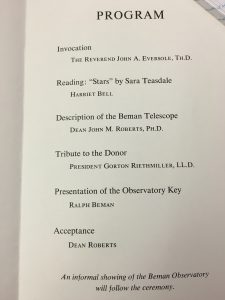 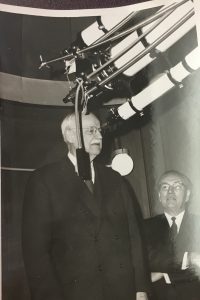 These were some of the press releases prior to and after the dedication.  Note the listed manufacturer…Mager Laboratory Optical Co. 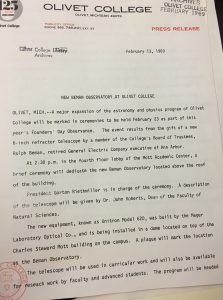 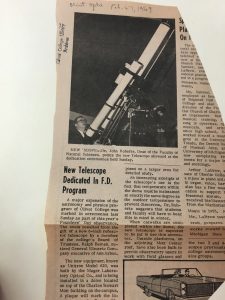 Members of the school’s Physics and Astronomy department traveled to Nova Scotia for the July 1972 solar eclipse and took part of the scope with them.  The photos show the 4 inch guidescope mounted on a wooden tripod. 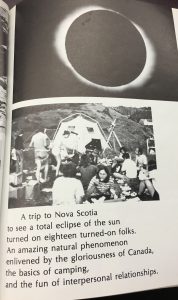 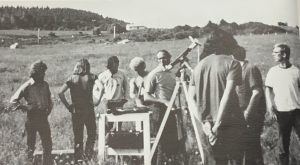 According to Dr Bill Blair ( 1975 Olivet College graduate and currently working on the James Webb Space Telescope at Johns Hopkins APL), “the one photo shows a tall wooden tripod that was used for the 4″ with a camera mount for the eclipse. (BTW, that is me at the far right in that picture–boy was I skinny!).  We also purchased and took along an 8″ Celestron, which sort of became the workhorse of the Olivet observatory after 1972 because it was so much easier to use than the Unitron (for instance for public nights and such). I think that had a camera with color film for the eclipse.” 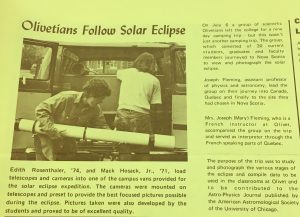 These are a couple of other photos of Dr Blair, according to him, taken in the Fall 1974.  Bill was the one in the “fancy pants”. 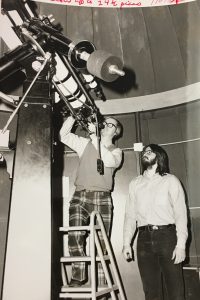 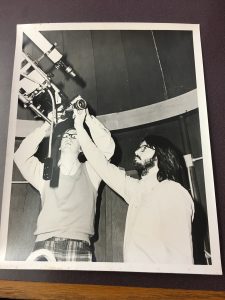 Dr Blair also wrote a series of articles on astronomy for the school newspaper during 1974-1975.  Joe Fleming, the Physics-Astronomy Professor referred to earlier, was photographed as “Astroman” for the articles. 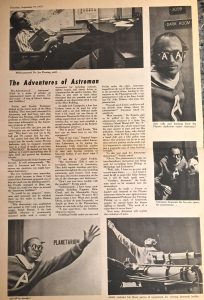 During my May 2016 visit, I was given the opportunity to tour the facilities and go through the archives with the School’s Archivist, Nikki Magie.  According to school catalogs, the Physics and Astronomy programs at Olivet College were essentially eliminated following the 1976-77 school year.  According to school yearbooks, the school also had a very robust Astronomy Club that had a peak membership in the late 1970’s of 75 members but steadily declined and then disappeared in the 1980 yearbook.  Finally, the school had a major, nationally televised racial crisis in the early 1990’s that resulted in the hiring of a female interim President for 1992-93 who was rumored to have disposed of the Unitron.  My research efforts to date have been to determine the scope’s current status. 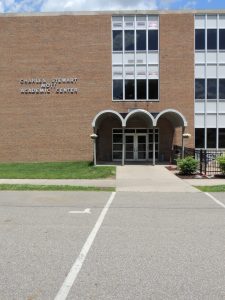 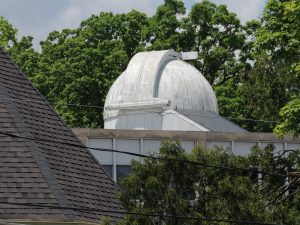 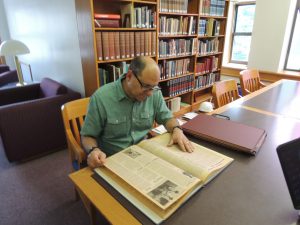 My visit to Olivet College and subsequent search of the facilities resulted in finding very little of the scope, but obvious evidence of it’s existence.  The most obvious piece is the case for the 6 inch lens; the case for the 4 inch guidescope, a couple of focuser knobs; and a broken extension tube.  The current Adjunct Professor who still teaches a General Astronomy course indicated he was aware of seeing solar projections screens and possibly a counterweight. 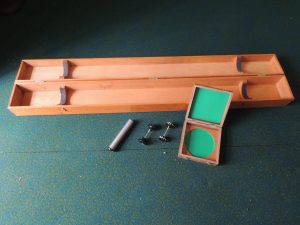 Finally, the Adjunct Professor indicated the Unitron was replaced with this Meade 152ED APO, sometime in 1995. 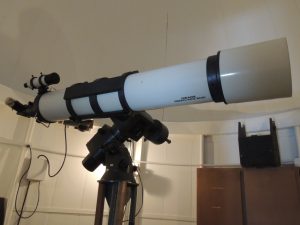