I was recently contacted by Adolfo Bernalte, Manager of the Astronomy Section, Optica Roma Company.  It is a company in Madrid, Spain that has been in the field of Astronomy for 50 years.   He is also a member of a group of collectors in Spain that seek out, and preserves vintage telescopes including the Polarex – Unitron models.  This is a link to his personal blog: http://alphamoon.blogspot.com/.  He forwarded a couple of photos of his Polarex-Unitron telescopes that are beautifully displayed.  Photos courtesy of Adolfo Bernalte. 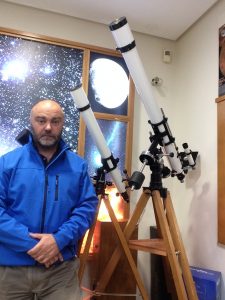 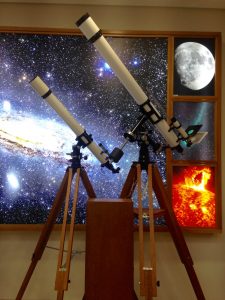 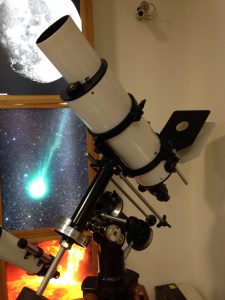 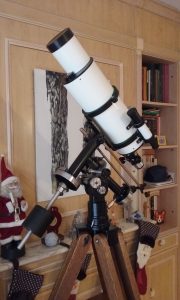 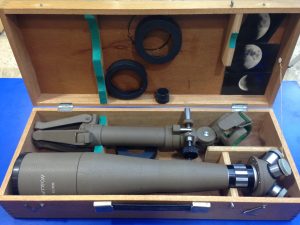 Some photos of their eyepiece collection: 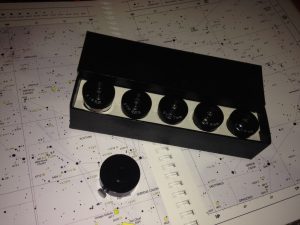 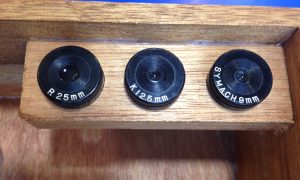 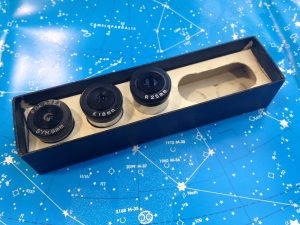 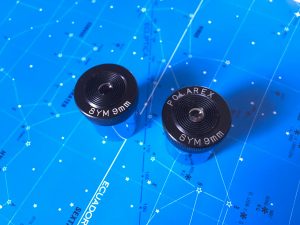 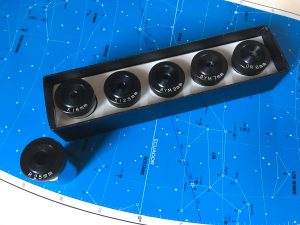 According to Adolfo’s research, “the brand Polarex, was introduced in Europe through Belgium with very few units (imported).  In Spain, the company Barcelonesa A. Díaz, was in charge of its distribution beginning in the middle of the 70’s, until the closing of the Japanese factory Nihon (Seiko) Kenkiushu and they were not sold much more after 1980.”

Adolfo provided the following photos and information on a Polarex Model 129 that is on display at the Royal Observatory of Madrid, in Madrid, Spain.  The 75mm, f/16 Alt-Azimuth refractor belonged to the Prince of Asturias and current King of Spain don Felipe VI, who donated it the the Royal Observatory in 2010.  Thanks for the story and photos Adolfo! 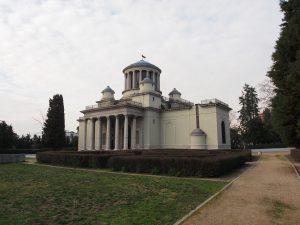 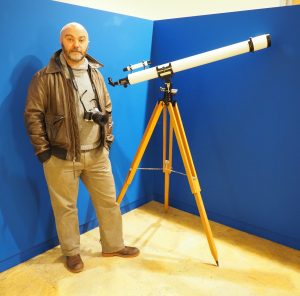 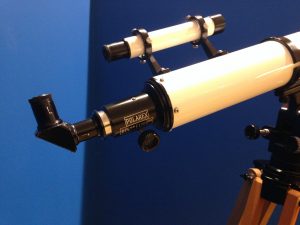 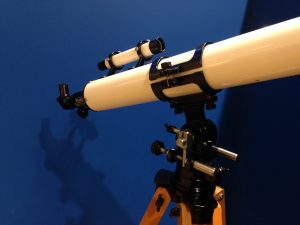 The link to Optica Roma Company is: http://opticaroma.com/astronomia/telescopios/.